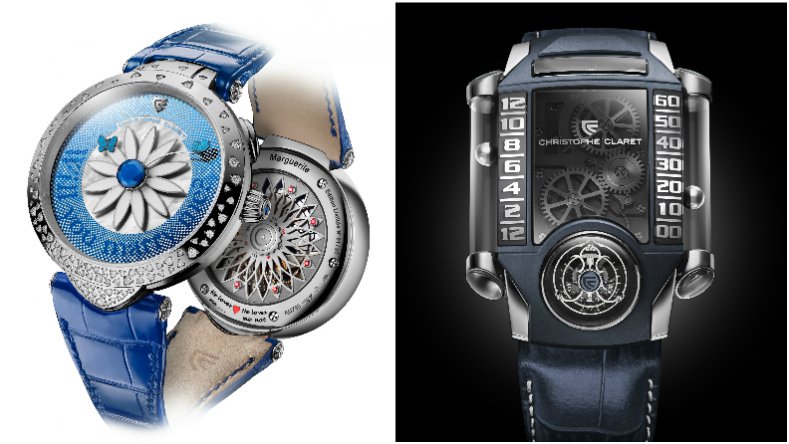 Sincere Fine Swiss Replica Watches celebrates an unprecedented exhibition showcasing 100 Complications from 24 of the most inventive watch brands in the industry from 28th October to 31st December 2016, including Christophe Claret.

This year, Sincere Fine Watches embarks on an endeavour themed “A Discovery of Horological Treasures” at its flagship boutique in Suria KLCC. Christophe Claret falls under the “Ground-breaking movements” category with the X-Trem-1 watch, a flying tourbillon inclined at a 30° angle, mounted on a three-dimensional curvex titanium mainplate, equipped with a retrograde hours and minutes display system that is radically different from existing watchmaking conventions and with the Marguerite which divulges a customized secret message on its dial when pressing on the 2 o’clock pusher.