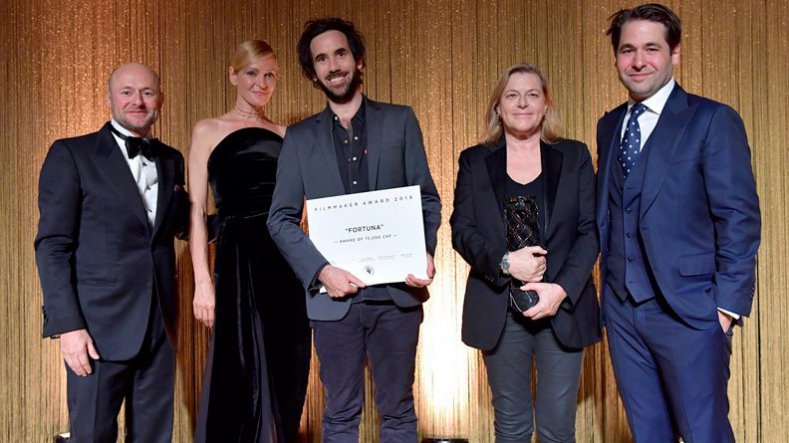 On September 25th, american actress Uma Thurmann presented the Filmmaker Award as part of the 12th annual Zurich Film Festival. The CHF 100,000 prize was awarded during the IWC’s “For the Love of Cinema” gala dinner. The jury chose two winners from the five film and documentary projects nominated. The main prize of CHF 75,000 went to director Germinal Roaux for his film “Fortuna”. Director Sophie Huber was also awarded CHF 25,000 for “Das Blue Note Projekt”. Both winners also received a Portugieser Automatic in stainless steel with a black dial and the special rotor engraving “2nd Filmmaker Award Zurich 2016”.

The CHF 100,000 Filmmaker Award was initiated by the Association for the Promotion of Film in Switzerland, which was founded by the co-directors of the ZFF, Nadja Schildknecht and Karl Spoerri, together with replica IWC CEO Georges Kern, Hollywood director Marc Forster and the CEO of Ringier, Marc Walder. With this prize, the association aims to provide specific support for ambitious projects by Swiss filmmakers during the often delicate and tricky stages of production or post-production, thus closing a gap in the promotion of film.

Numerous guests from the film industry and the worlds of media, business and sport attended the event at the AURA restaurant in Zurich, including gold medallist Fabian Cancellara.